Bamboo is the fastest growing renewable resource of the 21st century. It is comparable to our typical structural materials such as timber, concrete, and steel, as well as aesthetic products such as flooring and fixtures. It can be manufactured into extra soft clothing and superfine bedding in a feat versus cotton, traditional wools, and cashmere – Versace and Lacoste have put out high fashion bamboo lines as of this year.  Bamboo is even used as a replacement to charcoal. What is promising is the sustainable impact bamboo has given in its applicability in every culture due to the growth rate, absorption of carbon gases, zero waste, hypoallergenic, chemical free agricultural growth as well as growth in virtually any condition, and acceptance in society which pays tribute to the thousands of years of use from Latin America to Central and North, Africa and Europe, Oceania, and the most widely use in Asia.

Over 40 million hectares of bamboo culms grow globally, mostly in Asia, with a global revenue of over $50M USD, and will double by 2020. This growth can be attributed to the newfound treatability of bamboo in construction, a process that had not yet been perfected until a few years ago. Elora Hardy of Ibuku has learned to “defy convent[ional]” methods of constructions as her structures in Bali has stolen the attention of global leaders and fashion trends since a Ted Talk in 2014 where she lays out the future, as she knows it, where bamboo will change everything.

Elora has developed a natural protection process with borax (a natural salt) that “turns bamboo into a viable building material,” used in the development of Green School Bali, Indonesia which was founded by Elora’s parents in in 2008 as the centre for holistic education in a 100% bamboo structure built by Ibuku artisans. Down to the bamboo pins that are handmade to hold the structure in place, Hardy has learned that in defying traditional construction there is something to be said of the beautiful outcome of a bamboo structures. Curved frames, teardrop doors, handwoven walls and ceilings that evoke imagination for the next construct.

Outside of Ibuku’s vision are numerous other companies that are paving the way for next generations to build with bamboo. Asia Plantation Capital (APC) Group, along with their subsidiaries African Plantation Capital and American Plantation Capital whose sole purpose is the commercial plantation, cultivation, and distribution of bamboo in their respective continents. Because of bamboo’s applicability in virtually every production sector it is only natural for developing countries to make use of this growing economy, especially before corporations decide to mass produce with heavy patent restrictions.

Sometimes things need to change. Sometimes they don’t. It could be property taxes or grocery isle prices. In the past 100-years, the world has seen a 5-fold proliferation in population, 27x the cost and price of products and services due to the fluxes in supply and demand. Carbon emissions have increased by 17x. Climate change birthed 2 sides of a focus-shifted coin: #1 Eco-capitalism and #2 Environmentalism. Global health crises due to war or disease has transformed rights and obligations of individuals and countries (governments, governing bodies, and organizations) who’ve aided in homing and rebuilding after wars (civil, crises, uprisings). The planet has seen 265 wars since 1900 that killed close to 80M people.

One of these ravaged countries is South Africa. Although not war-torn, South Africa has a significant displaced population living in townships which are made up of manmade structures of swollen untreated wood and rusted metal found in garbage dumps while being insulated by cardboard boxes. Soweto is one of 50 of the densest townships in SA with a population of 1.3M impoverished by unclean water, if water is even available, and undereducated by a system that is still fighting to keep its head above water. 20 years have passed since apartheid ended yet 18% of SA’s population (8.7M of 55M) live in townships. Bamboo can change the story.

Jacob Zuma is the current President of South Africa. The political tides are changing. People want change. The structures built out of scrap wood and metal cannot withstand the scorches of summer anymore. A redevelopment is required to help shape the future lives of Africa’s southernmost country. Bamboo can help shape that future. 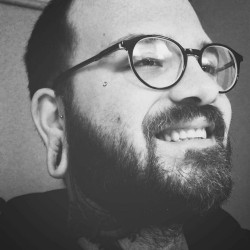 Recent graduate in Canada’s capital city who loves art, music, and travelling. Josh looks for the silver lining in every story and lives with Beck and Julian Casablancas as the background to his life. Josh’s heart lies in agri-business in Africa after completing his graduate degree in Victoria, British Columbia, to help create sustainable measures for the world’s remaining arable land.